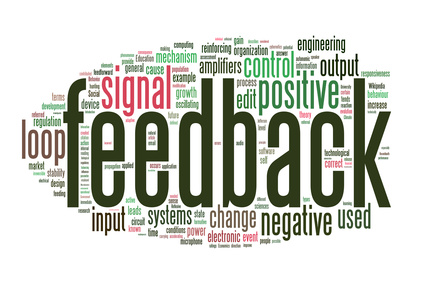 We are especially grateful when our readers and followers take the time and effort to thoroughly respond to our various posts.  One of my fervent hopes is that, even with politics as they are, in this space we can engage in passionate, but respectful, exchange of ideas. So I’d like to post a recent exchange here with Shal, and see if others feel like adding their ideas and thoughts.

Shal’s first comment was in response to my post suggesting it was time for Sanders supporters to grow up and stop with their litany of complaints that were, in large part, manufactured or exacerbated by Russian fake news and hacks of the DNC out of normal politics.

“I have family members who have been strong Bernie supporters..All I can say is that there is a unifying theme in terms of who they are..None of them are high achievers..None make much of a living..Most, if not all, pay nothing in taxes, none own homes and most dont work very hard as far as I can tell..Sweet people, but they have little personally invested in sweat equity in anything.The have chosen to opt out of the rat race…So, they want a guaranteed income..So they want me and probably you to fund this by paying our fair share.
There is no social program they have heard of that they arent in favor of.. The world needs to be saved from the US.. We earn too much and dont need income anyway because we could live like they choose to do..So it is ok if Bernie takes away what we have and gives some of them part of it..They give lipservice to community service but I have yet to see any of them working at shelters, and when I pull out money from my wallet when a homeless person comes up to me, I dont see any of them doing the same..Moreover, most of them arent shy about asking me to fund some of their trips or other pleasurable activities. All of them know how hard I have worked over a lifetime to get where I am now..And most of them are aware of the countless donations and help I have quietly offered to many in need.. I am a total believer in paying it forward and in personal direct action when you see a need, not for any kind of recognition or award, but because I believe that is what we were put on earth to do.

Until there is mutual self sacrifice…until there are 2 years of some kind of service instead of the draft… until EVERYBODY pays some income taxes, not just some of us… until then,… in the immortal words of John Lennon,..”Brothers and Sisters you can count me OUT..”

That wasnt their choice and I respect them for that..
Throughout it all I smile and do what I can to help them because they are blood and I love most of them .. But I want to shake some sense into them but know it would be wasted because they are fully invested in Bernie’s Snake Oil..
Until there is mutual self sacrifice; until there is community service in lieu of taxes; until there are 2 years of some kind of service instead of the draft for ALL kids 18-20, until EVERYBODY pays some income taxes, not just some of us… until then,… in the immortal words of John Lennon,..”Brothers and Sisters you can count me OUT..” If you want me to give more, show me how you are giving something- not just taking, and how you perceive shared sacrifice..Until then, I am voting for the status quo politically, and going on trying to make a difference in the way I know how best..    — Shal”

Shal’s next comment was to my A Word from Our Sponsor post, outlining the ways that the FDR government was fully involved in creating the biggest middle class in the world and the greatest economy

“Full disclosure here..My parents without a doubt benefited from some government programs..But my Dad gave 4 years of his life in the service to his country..How many people now are willing to make that kind of sacrifice?

Here is my problem with redistribution of wealth programs..At what point does it pass from being a reasonable effort by the government to insure all citizens with a reasonable quality of life and attempt to level the playing field, to outright extortion? Is it 50 % Is it 90 %.. If the mob comes to my place of business and tells me I need to give them 90 % of my income, or else, you can call the FBI or police and ask for help..When the IRS tells people they need to pay 90 % of the income above a certain level it is social justice.. Is there something wrong with this picture? Indeed I think so.
Moreover, EVERY government program has a percentage of fraud waste and abuse..What that percentage is probably varies from program to program.. But it IS there..Moreover, there may be programs that are funded with my dollars that are unethical or immoral based upon my views or my religious tenets. Yet, my money is being used for those purposes for the greater good, as determined by folks who have a “better understanding of the true needs of the people” than I do..The US government at one point supported, or turned a blind eye towards Jim Crow laws, and before that it endorsed slavery…. Now they are thankfully gone..But what is moral and what is just shifts from decade to decade
On a personal level, I remain active and continue to work into my 70’s because I enjoy it, and enjoy the physical and intellectual rewards it brings me in return.. I am sure that the guitars and other items I buy support the economy and my work also supports the incomes of many people who are employed collaterally because of the work I do .. I would also estimate, that at least 50 % of my income is siphoned off in the form of taxes and fees, hidden and open.. If taxes were increased, at some point I would make the calculation that it simply isnt worth it and would stop.. So instead of getting 50 %, the government would get 0 %, or some figure much lower..Who benefits under that scenario?

So I recognize the need for government on some level.. I just want it as small as possible, to do the least number of jobs possible recognizing that, the power to tax, is the power to destroy

Of all the statements that our last President uttered, the one that personally offended me the most was his statement (and I am paraphrasing now) that if I had a business I didnt build it, or couldnt have built it without my Government’s help..Both wholly offensive, and patently untrue..Throughout my life I have never enrolled or received any benefit before Medicare or Social Security (and I have paid far more in since age 18 that I will ever re coup), never taken out any loans.. I didnt need or ask for the governments help to do anything.. Where does Brother BO get off lecturing me? Yet, that is typical of the insufferable mindset of the Liberal Left, both rich and not rich, that infects our pro government segment of the population.. You simply cannot argue with that mindset, you can only work to defeat it at the polls, or you can live “off the grid” and hope the government doesnt come knocking on your door anyway..
The overarching issue is that Government is BOTH the problem and the solution..It is capable of great good, but it is also an evil. In most cases it is a necessary evil because there are some things that only government can do.. Unfortunately, one of them is wage war- but that is another subject for another discussion. So I recognize the need for government on some level.. I just want it as small as possible, to do the least number of jobs possible recognizing that, the power to tax, is the power to destroy

Okay Shal!  Thanks for your comments.  I’d like to leave this for others to make comment on, but I guess I’m going to resist that temptation by starting with just a couple things (yeah, well, seven to be exact):

Too Much???  OKAY, IT’S YOUR TURN!!!  Be like Shal. Weigh in with comments, ideas, suggestions. One thing I LOVE about this blog format, it encourages commenters to be long form idea generators.  Please DO.  Be part of the conversation.  It’s important!